By SAI Engineering Incorporated - May 18, 2010
SAI has a long-standing practice of supporting community non-profits. Most recently, SAI was a sponsor for the American Red Cross Prince William Chapter Annual Fundraiser, themed this year as "Rockin' the Red". Guests were entertained by a terrific red-clad Elvis impersonator. This benefit is particularly critical for the Prince William community as proceeds are used locally to help victims of fires, floods and other disasters. 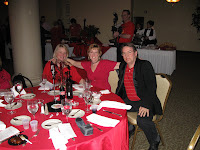 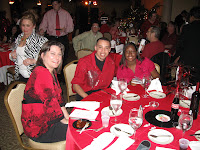 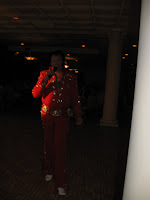 On Friday, May 14th, the Prince William Education Foundation, now known as SPARK or Supporting Partnerships and Resources for Kids, held its annual Gala at which heros in education were honored. SAI also served as a sponsor for this event the proceeds of which are used to host a Salute to Student Stars held later in the month. Our firm continues to serve on the Board of this very successful foundation supporting innovative programs in Prince William County Public Schools.

Our firm's CFO, Maria Paslick, has also been asked by the newly formed Prince William Chamber of Commerce's Co-Chair, Todd House of Micron Technology, to serve on its inaugural Board of Directors. Maria has been a long-time member of the Board of Directors of one of the two chambers in the process of merging to form this powerful business organization which is on target to be the largest of its kind in the DC Metro area.